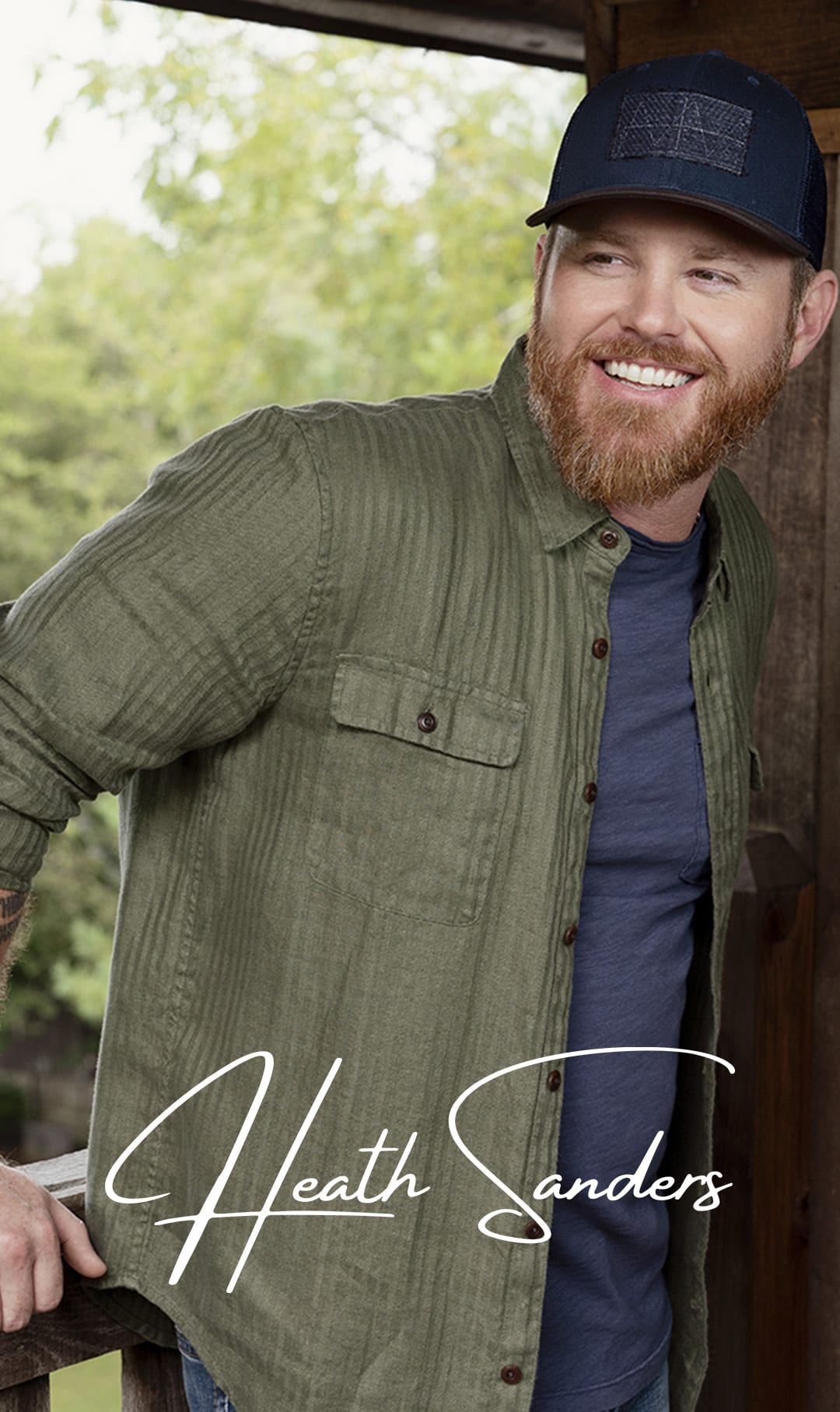 Arkansas native Heath Sanders spent 8 years working in the oil fields as his passion for music surfaced during the long shifts. Posting a cover of Chris Stapleton’s “Either Way” from his living room in early 2018 would quickly transform Heath’s life an online swell grew from the video. National radio host Bobby Bones discovered the performance and invited Heath to The Bobby Bones Show, where he sang the first song he ever wrote – only five months before – called “Bloodline.” With a booming vocal grit and undeniable lyrical sensibilities, his welcoming personality carries the man and the music. Heath’s connection with fans on a personal level continued to pique interest with the subsequent releases of “Down on the South” and “Proud.” The 34-year-old’s popularity has been amplified coast to coast joining bills alongside Chase Rice, Whiskey Myers, Drake White and more.

Heath is signed with management company L3 Entertainment, has a publishing contract with Sony ATV and record deal with The Valory Music Co., home to superstar artists Thomas Rhett and Brantley Gilbert, among others. Now residing in Nashville, Heath focuses on writing and recording new music with inspiration from those 10 hour days in the field and the strong work ethic that shaped the man his songs represent.

“A friend of mine told me once, ‘don’t just make music, make history’, and that goal just became much more attainable. I’ll be forever grateful for these opportunities.”