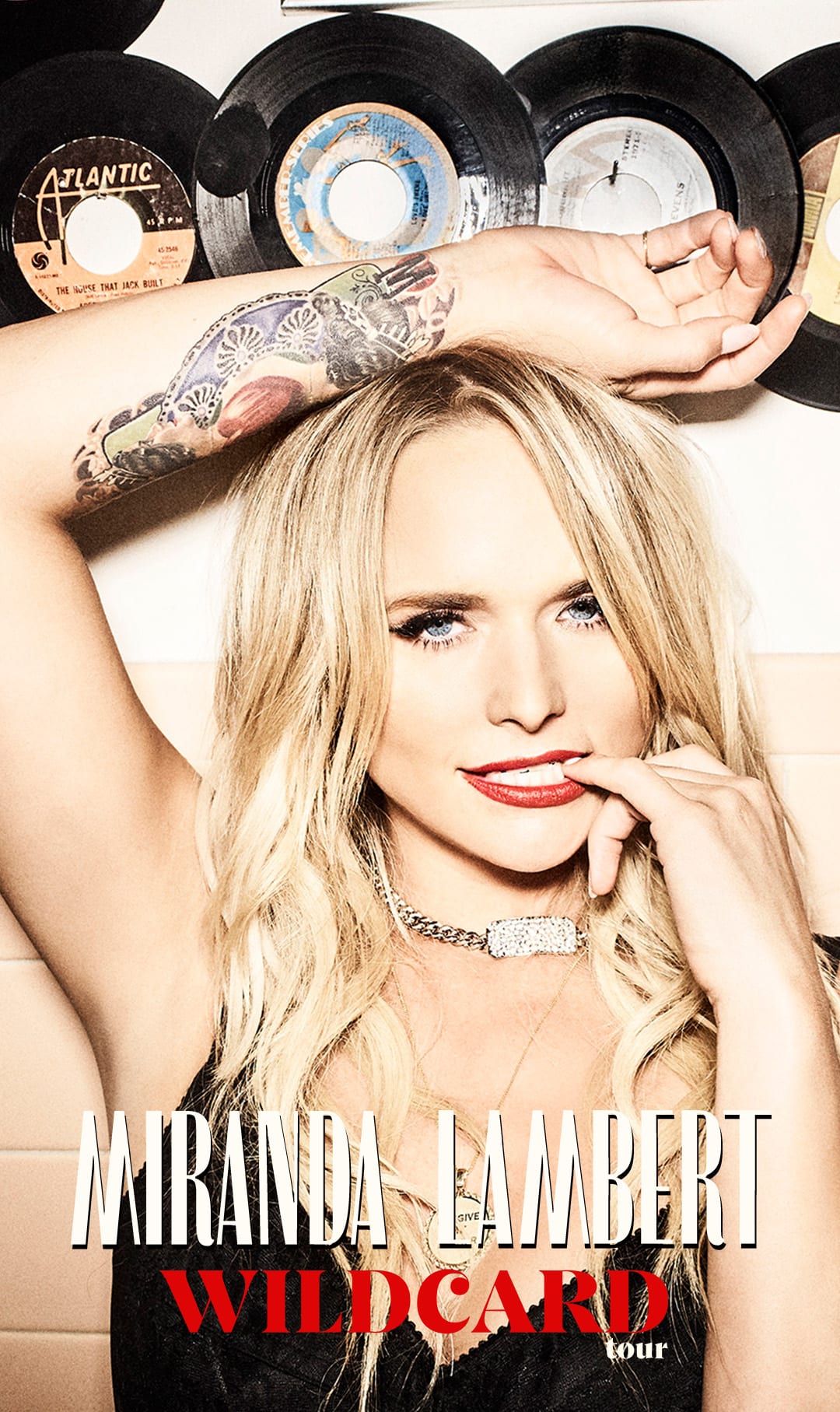 Vanner Records/RCA recording artist Miranda Lambert released her highly-anticipated new studio album Wildcard Nov. 1 2019, which includes the Grammy-nominated “It All Comes Out in The Wash,” her number 1 country radio single, “Bluebird” and her current radio single, “Settling Down.”

The most decorated artist in the history of the Academy of Country Music, Lambert is the recipient of more than 70 prestigious awards and special honors: 35 ACM Awards (including 9 ACM Female Vocalist of the Year Awards), 13 CMA Awards (Country Music Association), 2 GRAMMY Awards, the Harmony Award (Nashville Symphony), Artist in Residence (Country Music Hall of Fame), the ACM Gene Weed Milestone Award, ACM Song of the Decade Award, and was named 2019 RIAA’s Artist of the Year.

The celebrated singer/songwriter has released seven studio albums that all debuted at No. 1 on the Billboard Top Country Album Charts, including the critically-acclaimed Wildcard (2019), The Weight of These Wings (2016), Platinum (2014), Four The Record (2011), Revolution (2009), Crazy Ex-Girlfriend (2007) and Kerosene (2005). In addition, she released three albums with her trio, the Pistol Annies.

Miranda’s MuttNation Foundation, a 501c3 nonprofit, is celebrating its 10th Anniversary. Since its inception in 2009, MuttNation has raised over $4.4 million in support of its mission to promote the adoption of rescue pets, support animal shelters across the country, advance spay & neuter, and assist with the transport of animals during times of natural disaster. www.muttnation.com

Her clothing and cowboy boot collection, Idyllwind, is a private-label brand sold at all Boot Barn stores nationwide. www.idyllwind.com.

For more information go to www.mirandalambert.com

The House That Built Me